If you’ve visited Universal Studios Florida of late, you may have seen signs of Fast & Furious – Supercharged finally taking shape. Universal Orlando Resort is working around the clock putting the finishing touches on their newest attraction, opening spring 2018.

Fast & Furious is all about adrenaline and action-packed thrills. They are taking all of those awe-inspiring experiences and creating the next chapter in this blockbuster franchise with an all-new theme park ride. You’ll be immersed directly into the storyline alongside your favorite characters and make you a part of the Fast family forever.  BUY UNIVERSAL TICKETS 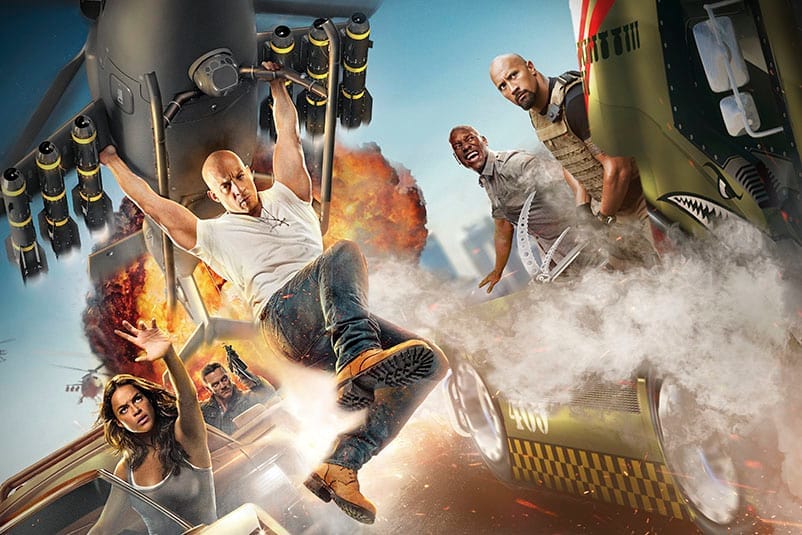 But it’s not all good guys that you’ll come face-to-face with either. Owen Shaw (Luke Evans) and his criminal cartel are back with a vengeance.

And for the first time ever, Ludacris (Tej Parker) and Jordana Brewster (Mia Toretto) will join the all-star cast of this attraction.

Universal has worked closely with Dennis McCarthy, the man behind the insane cars for the Fast & Furious films, to craft 15 authentic cars for our attraction.

Before you even step inside the attraction, you’re immersed in the story. You’ll first encounter Dom’s iconic car parked outside.

The Fast & Furious – Supercharged building has become the all-new home base of operations.

You’ll get to explore familiar scenes inspired by the films, including Tej’s high-tech War Room and the Family Room—complete with photos of the Fast family.

Dom invites you to attend a race after-party that you won’t want to miss. The best part is Tej hooks you up with customized party busses to get you there.

As you make your way to the party, Dom calls with an urgent message: Criminal mastermind Owen Shaw has tracked you down. Now, a high-speed chase is on as the Fast & Furious crew strives to keep you safe from the clutches of Shaw. But will you make it?

Fast & Furious – Supercharged is the next attraction at Universal Orlando Resort to feature the Virtual Line system.

All you need to do is download the free Official Universal Orlando Resort Mobile App, or locate the kiosks near the ride entrance, and select your ride time.

While you wait, you can check out the other attractions at Universal Studios.

And, throughout the attraction, you’ll hear hit songs from the Fast & Furious soundtracks. Your favorite film clips will play on screens throughout the queue. There will be photo opportunities with cars from this year’s blockbuster The Fate of the Furious after you exit the ride.

And you won’t want to miss gearing up with “Family Forever” merchandise in the gift shop.

Mark your calendars for next spring and stay tuned here for more details.