What a way to spend a Saturday night! Numerous guests at the Walt Disney World Resort have reported that they were stuck for hours on the park’s new Skyliner gondola system yesterday evening. 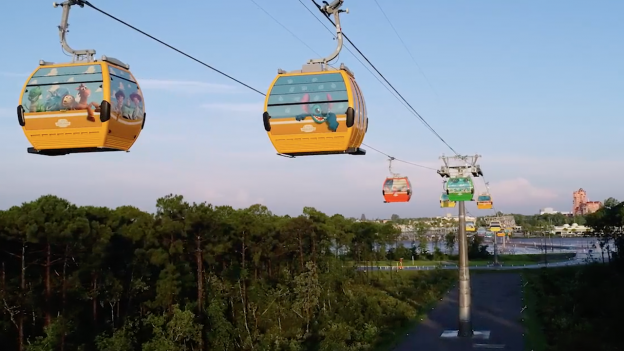 One Disney Skyliner passenger sent video that shows a rescue ladder at one of the gondolas.

Park visitors said they were not given information as to why the Disney Skyliner stopped but were told through automated updates that there was a delay and medical kits could be found under the seats. Some looked to social media for answers.

“There’s people on Twitter, someone said his wife threw up from being motion sick. People were definitely screaming, and you can hear the little cabins around you,” said Danielle Perera, who was stuck high above the Riviera Beach resort.

In a statement, Disney said:

“One of the three Disney Skyliner routes experienced an unexpected downtime Saturday evening. As a result, the Skyliner will be closed while we look into the details surrounding this downtime. We apologize for this situation, and we are working with each guest individually regarding impacts to their visit with us.”